Where To Start In Code 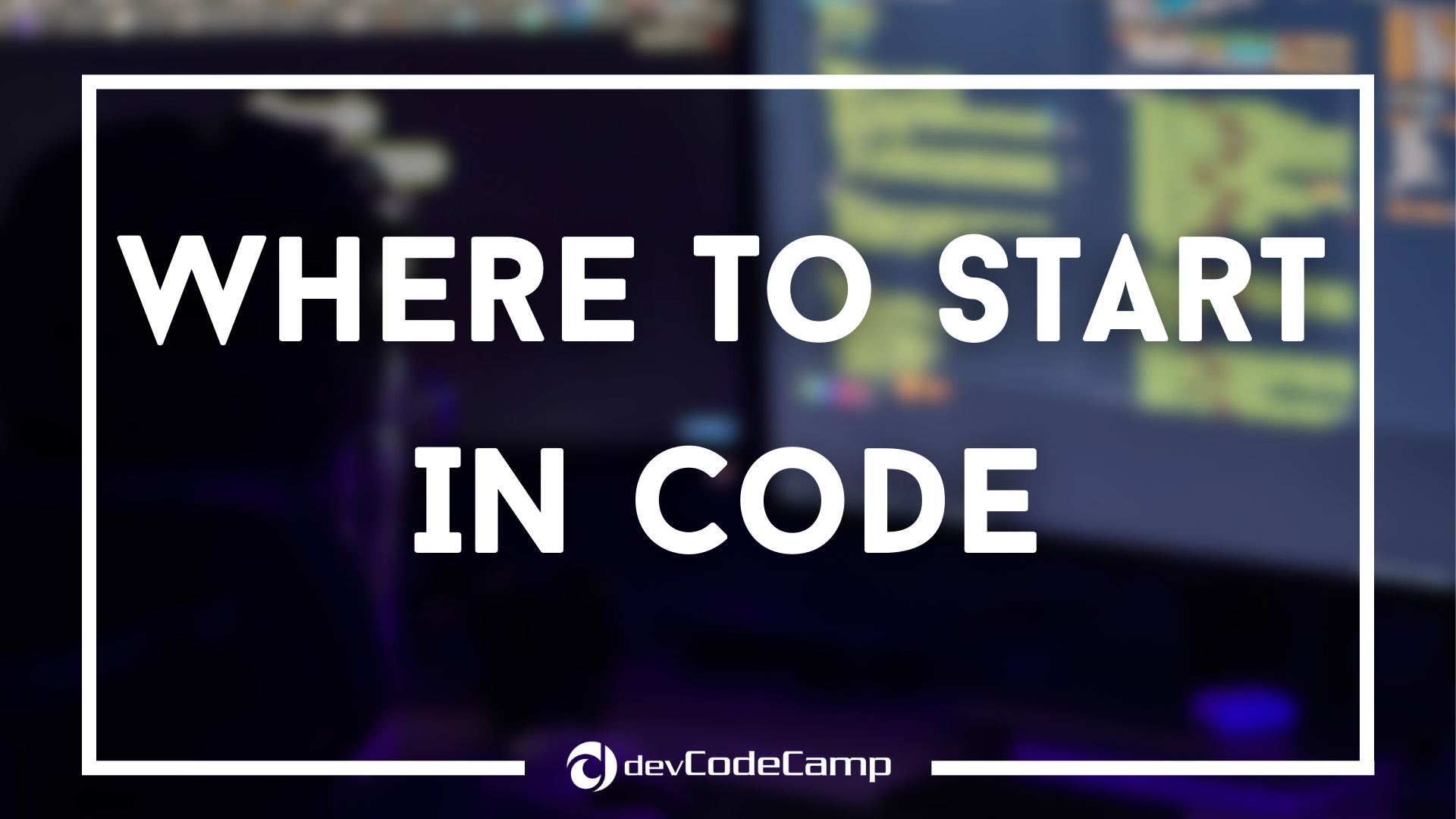 One of the common questions a person asks when exploring a career in code is, where do I start? Well, let's begin with a high level view of the different types of developers. Beginning at approximately 2009, the computer coding industry began to specify specific terms as far as job duties. Prior to 2009 and in the infancy of the web we called those who made websites, web designers or webmasters. The term web designer has shifted to web developer, in that one has to do more than simply edit some HTML code, but the need to link to a database and present information to users was demanded.

So over the last 6-7 years the industry has shifted to breakdown the catch-all web developer into more specific disciplines. The 3 disciplines we now talk about are Front-End Developer, Back-End Developer and Full Stack Developer. When considering a career or job change to coding it’s important that you know what our coding bootcamp and employers are talking about.

Those that work in Front-End are focused primarily on the look, feel and navigation of a website: it’s what the user sees on their screen and how they then interact with the site, their user experience. To be a modern day Front-End Developer you’ll have to learn and become proficient in three technologies: HTML 5, CSS 3 and JavaScript.

HTML 5 (HyperText Markup Language) is used to build the foundation or structure of the web page through a variety of “tags and attributes” that describe where these elements are on the page and the elements themselves. In essence what the web page should look like.

CSS 3 (Cascading Style Sheets) is used to style the webpage. The Front-End Developer has learned to define “selectors” which are text tags that match the HTML 5 tags which were generated from the HTML of the document. When it finds a matching HTML tag, the CSS tells the web browser how to style that element on the web page.

JavaScript is the programming language of the web, capable of manipulating every aspect of HTML 5 displayed to the user. JavaScript runs in the web browser when a user visits a web page. When the page loads, JavaScript code executes and performs the functions written by the front-end developer. JavaScript has numerous functions and capabilities, which make it extremely powerful and essential to web development. As such a useful and powerful language, JavaScript is the world's most popular programming language.

The devCodeCamp Web Development immersive bootcamp is designed to provide you the necessary skills needed to become a Front-End Developer.

Being a Front-End Developer is well-suited for those that have some sense of style, layout, color and some overall sense of what presenting what looks good. Having the ability to work and communicate with users and span the gap between what the user needs and wants and how to provide that from a technology perspective.

Unlike the front-end of web development where the developer works to create the style, visual appearance and the user interaction, the Back-End Developer is focused on the core and the logic of a system that has dynamic content. That content is the information and data that is part of the website created by the Front-End Developer.

ses and how to query (get information from) databases. The Back-End Developer is responsible for developing the code used alter the data in a database based on user input and then have that data appropriately served and displayed in the website or web application, that was developed by the Front-End Developer.

Those that like problem solving, have an attention to detail, have persistence and like solving puzzles, for example, are well suited to become a Back-End Developer.

If you want to become a very valued developer, then Full Stack Development could be for you. Those that are technically savvy or have a persistence to learn a variety of computer languages and technologies are best suited. Other attributes are the ability or willingness to collaborate, communicate and research topics.

Learning how to code a project from scratch takes an immense effort, but doing so while coming up...

The Power of Overcoming Doubt in Your Career

How to Overcome Programmer Block