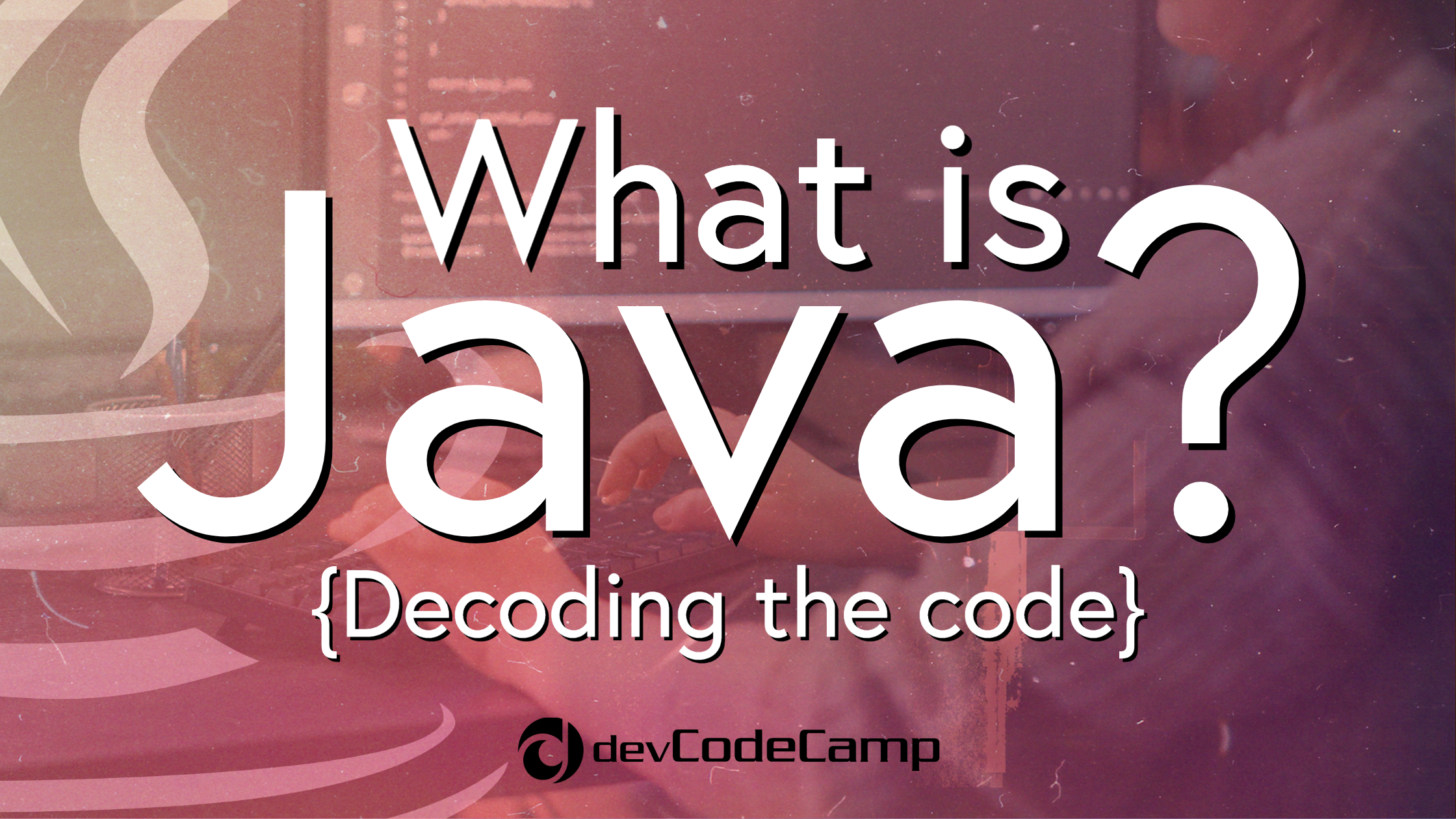 As we continue our blog series “Decoding the Code,” we move into yet another programming language that is widely known on teams of developers across the world. Previously we’ve dived into Python and JavaScript. This time, Java is up on the chopping black as we discuss the programming language’s beginnings, where it’s used in the coding world modern day, and why it matters for development teams.

Before being integrated into Netscape browsers, Java began at a much different starting point than what it originally turned out to be. In June 1991, a team of engineers made up of James Gosling, Patrick Naughton and Mike Seridan (also known together as the “Green Team”,) began developing their technology originally to be an advancement to interactive TV. The technology was so ahead of its time, cable televisions were unable to use it. The Green Team took their creation and switched their focus to the internet. After a few name changes from Greentalk and Oak, the name Java was officially chosen after Gosling was enjoying a cup of coffee.

Only a few years after its original creation, Java was making serious waves in the industry. Getting widespread attention from major media outlets such as Time Magazine after making their short list of “Top Ten Best Products of 1995.”

Today, Java technology is still used for programming, game developing, mobile, and more. As of 2021 statistics, it was the fifth most used programming language in the world.

What is Java Used For?

Java is a class-based and object-oriented programming language designed for general purposes. Because of this, a wide range of things are able to use the language on the back-end. It has such a wide range of uses that the code can be found in everything from web browsers to Blu-ray players.

Java is especially popular among professional developers and the coding community because of what is referred to as “WORA,” which stands for “write once, run anywhere.” This allows the code to be extremely accessible regardless of what it is being written on. Developers are able to write the code without having to change a single line when moving between different types of software, operating systems, and devices. This isn’t only convenient, but also allows for more possibilities of what the code can be used for.

Examples of what Java may be used for:

Java has been a dominating programming language in tech for 25 years straight. Ever since it was originally created by the Green Team, its potential and power gave glimpses into what it was capable of. It has evolved through consistent updates to work best in the modern landscape of code and is still used today because of its capabilities and ease of use.

You may consider learning Java in 2022 because:

How to Learn Java

With Java still being a top used programming language and so heavily engrained in coding culture today, it’s safe to assume that it will be used for many more years to come continuing to evolve as tech advances. Having the knowledge and skillset to use Java easily in a day-to-day as a professional developer is a huge asset to have that adds value to not only the code you write, but also to the developer as a whole.

At devCodeCamp, our main priority is to teach hopeful adults wanting to pursue a higher education and learn how to code in only a few weeks to launch careers as professional developers. That’s why we understand the importance of including programming languages such as Java in our online coding bootcamp.

If you are ready to see how devCodeCamp takes individuals with limited knowledge of code and in as short as 13 weeks launches their careers in top tech companies such as Amazon, Facebook, HubSpot, IBM, JPMorgan Chase, and Deloitte then reach out now to see how you can be next!

After an intense 12 weeks in the fully immersive program, students are encouraged to let their...

Much like the recently discussed Python language, JavaScript has become one of the most used and...