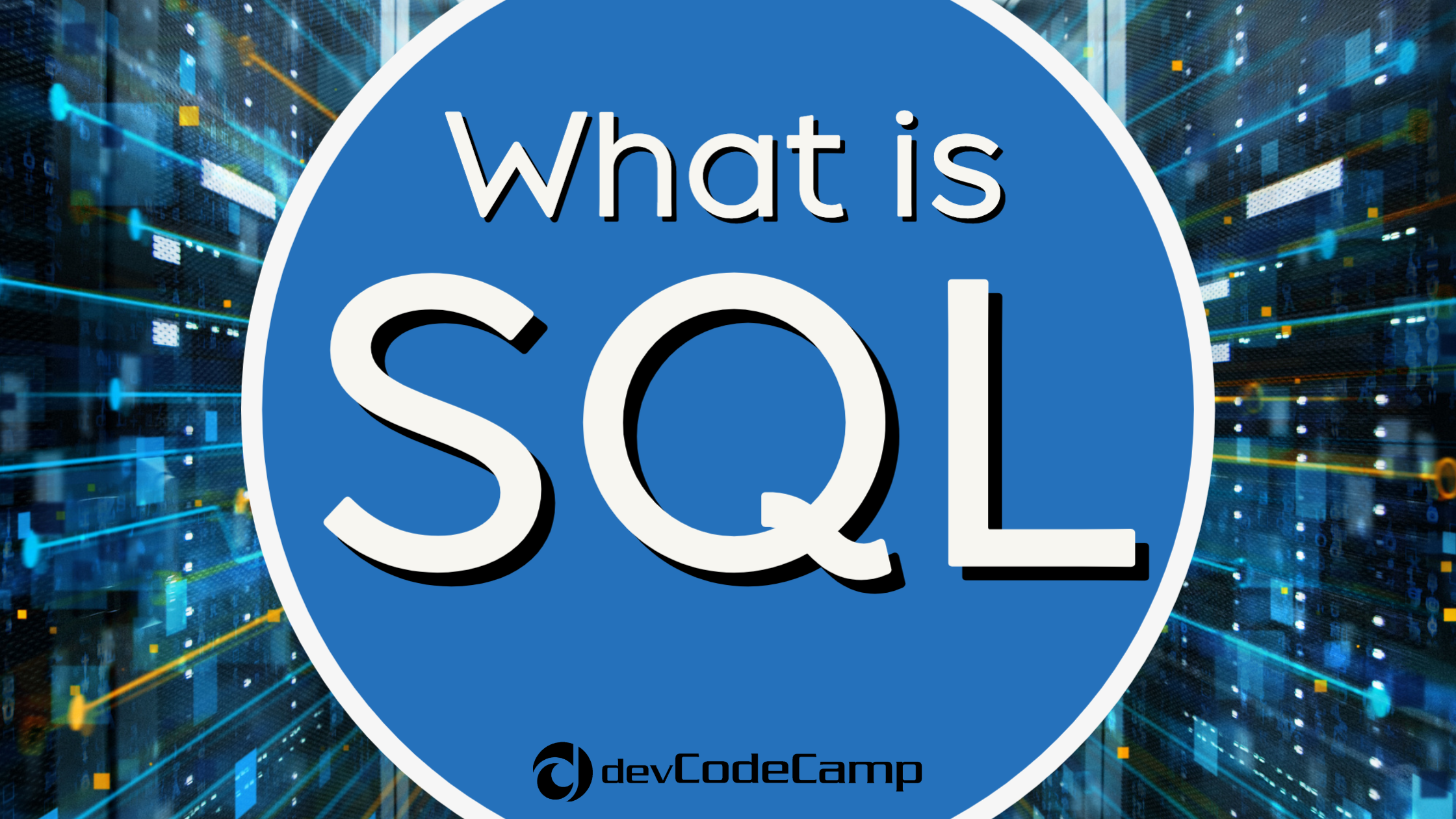 We’ve recently dived into a number of programming languages in our “Decoding the Code” blog series ranging from JavaScript to C#. In this series, we discuss in detail what the most used code in the modern technology space is used for, its history, and why you should learn it. Today, we continue the series as we peek into one of the most commonly used database programming languages in code today -- SQL.

What is the Programming Language SQL?

In the first half of the 1970’s, developer Edgar F. Codd created a glimpse of what SQL (Structured Query language) is today. Under the original name “SEQUEL,” its main task was to manipulate and retrieve data from the large IBM database. A few years later, IBM’s Donald D. Chamberlin and Raymond F. Boyce got their hands on Codd’s original work and evolved it into a programming language capable of large-scale use. By the late 70’s and early 80’s, IBM began advertising and selling their newest releases to the commercial market with SQL being the highest selling point.

Over 50 years later, SQL is considered a standard for backend developers working across many industries and projects. It has remained relevant through consistent updates and web hosting implementation tool libraries.

What is SQL Used For?

It wouldn’t be shocking if most backend developers said they wouldn’t be able to work comfortably without having SQL access. The language is an industry standard and allows full insight and control over databases of any size.

SQL is commonly used to:

Having an easy way to search through a database is an absolute must. SQL gives developers the simplest look into database management systems by saving a lot of time while also allowing the correct upkeep to be performed for long-term sustainability on the backend.

The two main reasons to learn SQL in 2022 really boil down to two things: Convenience and industry standard.

If you want to become a backend developer or data analyst, having SQL in your daily tool arsenal will save you time and keep you organized easily when it comes to all your database needs. SQL is one the most user-friendly options when needing to maintain, search, and update massive or small amounts of data. The language has been designed and updated over the last five decades to allow you to confidently work in and out of databases without being overwhelmed by outdated manual processes.

Outside of personal convenience, SQL is an industry standard in the tech industry. Massive websites such as Facebook, Twitter, and Instagram rely on SQL to manage millions (and even billions) of data points. But it isn’t just household named size companies. You can find SQL silently running in the background of a huge percentage of websites online today – and for good reason. Going into a database without guidance is often too cluttered and time consuming. Having the skills to properly use SQL is very appealing (and often expected) for hopeful backend developers and data analysts speaking with employers.

How to Learn SQL

Just like we’ve mentioned in every “Decoding the Code” blog post so far, searching for ways to learn how to code in 2022 will lead you to thousands of options to pick from. When it comes to an industry standard language such as SQL, having options will never be an issue. But it all comes down to making sure you go with the one that will set you up for the most success in the long term.

At devCodeCamp, we understand the importance of not only learning relevant languages such as SQL when pursuing a career in code, but the importance of learning it the right way. What’s the “right way” to devCodeCamp? Our courses are built in-house from the ground up to make sure the information you are being taught is easy to consume with the most accurate up-to-date industry knowledge. Our graduates can be found inside companies such as Facebook, HubSpot, IBM, Amazon, JPMorgan Chase, and much more. Your success as a future developer is our main priority. That’s why our online coding bootcamp is designed to get you on the track towards a career starting day one.

If you want to see what devCodeCamp offers and how you can learn SQL in one of our courses, reach out now!

If you are just easing your way into the world of programming, it could come across as a bit...

Okay, You Have Imposter Syndrome. Now What?

Picture this: You spent the last...

END_OF_DOCUMENT_TOKEN_TO_BE_REPLACED

Please note: The information listed in this blog may have changed since the original posting date.