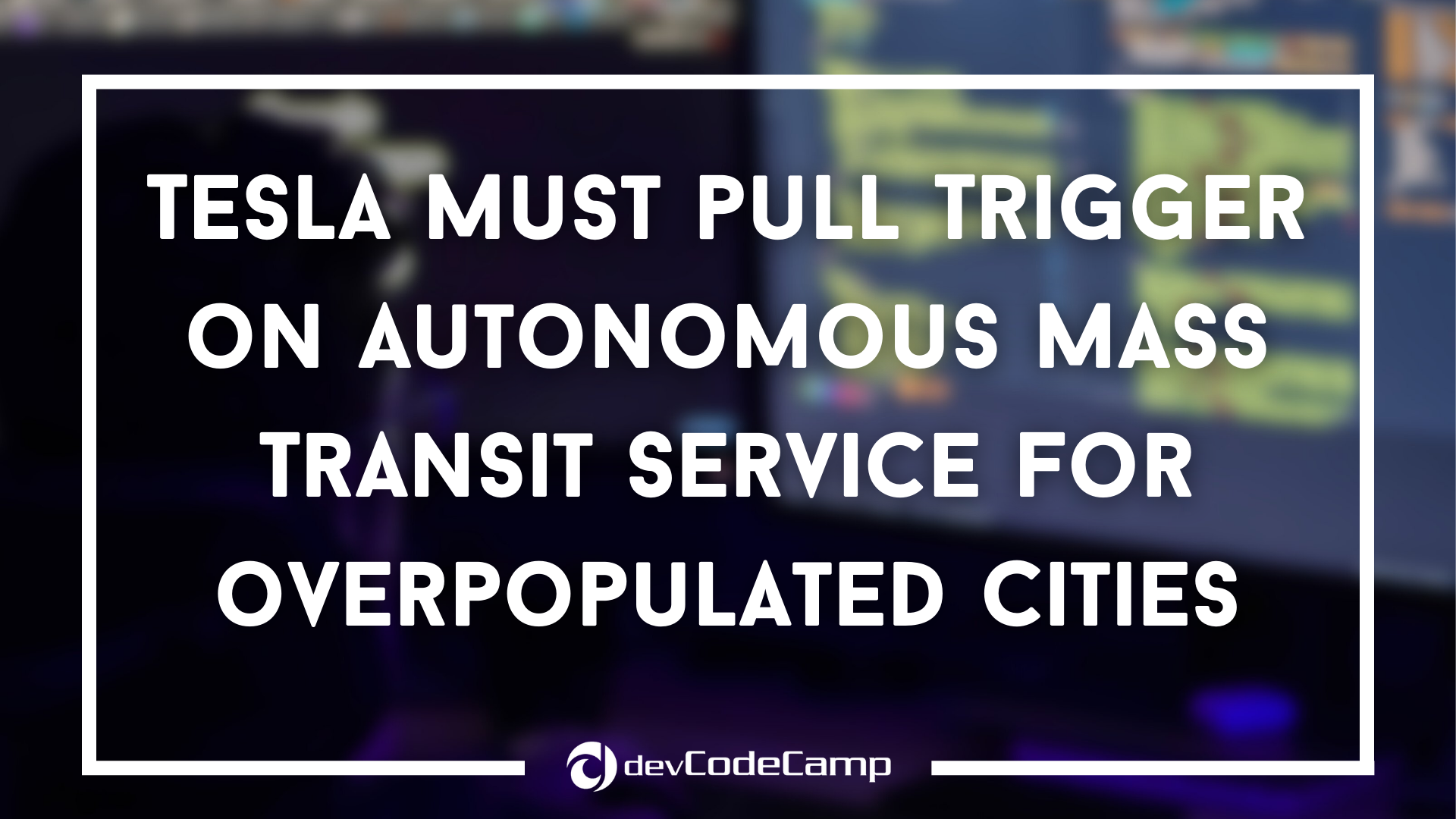 Being the CEO of a technology company carries enough weight to break most people. Timely decisions must be met with nearly 100 percent accuracy, and a creative vision must exist on a daily basis. The good news for Tesla is CEO Elon Musk has both qualities, which is why the automotive and energy storage company has a bright future.

Musk has consistently attempted to get a mass transit system up and running to improve the way people travel. Unfortunately, he has hit many snags, with government regulations being one of them. That has not deterred Tesla from pursuing what they believe is the future in automated travel.

While speaking with Norwegian Minister of Transport of Communications Ketil Solvik-Olsen at a conference in Norway on transport solutions for the future, Musk revealed that Tesla has concocted an idea that will revolutionize how mass transit exists in the world as we know it. As of right now, nobody outside of Tesla knows exactly what that means. A good guess would be Tesla is building an autonomous mass transit service for overpopulated cities.

Even though Musk will not dive into any details, the excitement building around the potential game changer is well deserved. A transit system that will allow people to arrive to their destination via autonomous vehicles is exactly what modern public transportation needs. Not to mention the fact that a major player in the automotive industry is willing to pump money into ways to improve the technology of transportation services is certainly encouraging.

Many believe Tesla may experience a slight setback due to being in the news for a fatal crash. A self-driving Tesla Model S was at the center of a driver being killed in Florida. Of course, the accident may be all the evidence necessary for why an autonomous mass transit service is needed. Despite the car being self-driving, the human was driving the self-autonomous car during the crash. It may prove that fully autonomous vehicles are the way to go. In the case of Tesla’s potential proposal: an autonomous mass transit service.

The negative public relations Tesla experience should not discourage the company from pursuing Musk’s vision. Fully autonomous vehicles/transit system are the way to prevent a vast amount of car-related injuries.

Virtual Reality the New Way for Companies to Attract Talent

The popularity of Pokémon GO has thrust augmented reality as the toast of the town over the...