How Children Are Learning Code (And Why It Matters) 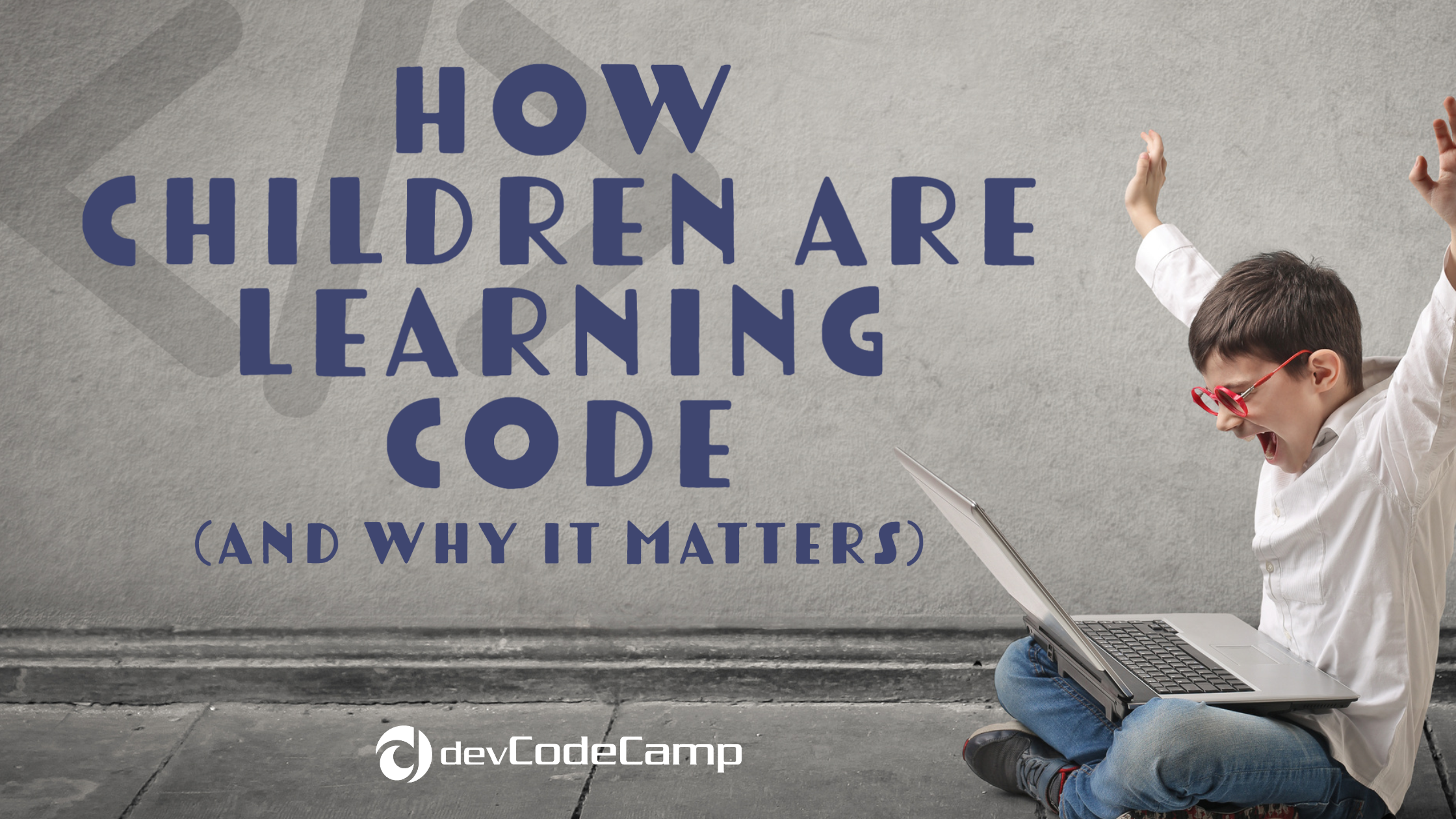 It’s obvious why children are so interested in technology. Not only is it around them constantly, but there’s tons of toys, games, and entertainment that is made specifically for their age groups while still leaning into what modern-day technology advancements are capable of. Because of this, children have a comfort level with navigating interfaces and platforms with complete ease starting at a young age. In a world so focused on the next big leap in the technological world, there’s plenty of benefits that are attached to children being tech savvy so young. The one benefit is the focal point of this article – coding. The current demand for developers is showing no signs of slowing down. When looking at how much technology is around us in the average day, it makes sense how there’s such a massive demand available in the field. If children are taught coding at a young age, it not only sets them up for a more successful future professionally, but it could potentially help the entire world. In this blog post, we will discuss how children are currently learning how to code and discuss why this is such a big deal for all of us regardless of our age.

How Children Are Learning How to Code

Much like many of us, children greatly benefit from a hands-on learning approach. Luckily, that learning technique can be applied to apps and games designed entirely to help teach code to younger ages in a fun and interactive way they can easily consume.

Apps like ScratchJr are created with the specific goal in mind to teach ages 5-7 years old how to code in a lively setting full of bright colors, characters, and easily understandable lessons. The app takes kids through an interactive open world where they are able to use drag-and-drop code to create games and animations. It’s the perfect mix between a typical app they may play normally with the learning elements mixed in along the way. This drag-and-drop method to teach children how to code is a technique used in many of the similar apps to ScratchJr. Taking their ability to match patterns, shapes, and colors to introduce them to building lines of code.

That drag-and-drop method behind the coding apps can be found in games designed for children to learn coding, too.

Code Karts is a game where preschoolers can take their interest in race cars and building while giving them basic coding knowledge along the way. Once again using the drag-and-drop technique, children are tasked with building a track for their colorful race car to successfully get to the finish line. Being challenged to correctly place the right panels on the track for the car to navigate around the track.

How Children Learn Code in a Class Setting

Once a child is a bit older and has outgrown the simple coding apps, there’s ways for them to be taught coding at a more advanced level while still slowly introducing them to the basics.

Companies like CodaKid offer courses created completely for kids excited and interested in learning how to code and game design. According to their website, kids are introduced to top languages such as Python, JavaScript, Java, C#, HTML5, and CSS3. To introduce them to game design they also have lessons on top programs such as Unity and Unreal Engine. They offer coding class specifically for web development all the way to fully built out courses focused on Minecraft coding. Programs such as Coding with Kids, Code Ninjas, and iDTech offer similar courses and structure.

These are just a few examples of how children are being introduced to code in a modern setting. There are tons of options parents can go through to teach their kids code through apps, games, online courses, after school programs, summer camps, and even in the classroom!

Why is it Important for Kids to Learn How to Code?

As an adult, the mind begins to see changes when you learn how to code. As a child, those changes are extremely positive to have while your mind is still developing. The focus that can be contributed to the analytical mindset attached to coding can greatly boost a child’s performance in school, sports, and in general. It also lays the groundwork early on where they can build those brain muscles as they get older. A child gets a great advantage across the board with those early stages of the developer mindset that they can easily carry with them into adulthood.

Sets Them Up for a Brighter Future Professionally

You now know the perks of having an analytical mind starting young. When you take that mentality and add it to the skillset of knowing how to code, they are starting on an excellent path towards success in the workplace. Even if they show no interest in having the role of a developer, having the ability to code makes them a more valuable employee overall. There’s plenty of reasons to learn how to code even if there’s not a direct interest in going into that exact line of work.

If the child does show interest in coding as they grow up and decide to pursue a career in code, they are more likely to be very successful because of it. As they sharpen their skills to more expert hirable levels, programming concepts will be much easier to grasp since they already have that introduction to it. By this time, the years of coding they have been learning has completely crafted their mind and it will allow them to fit in perfectly on teams of developers.

As mentioned in the start of this blog post, the demand for developers is showing no signs of slowing down now and in the future. When a child learns how to code and begins that journey leading up to becoming a developer as an adult, the years of hard work learning how to code will be able to find a role professionally at ease because of that demand as technology becomes more advanced constantly. Learning how to code at a young age sets them up for success. Not only as an individual, but betters the entire world by playing a part in a better and brighter near future.

Why Everyone Should Learn How to Code

The ability to code will set a person apart from others when it comes to school, work, and even...

The Perks of Learning Code in 2022

Code is the invisible force around us running the behind-the-scenes technology in our everyday life...