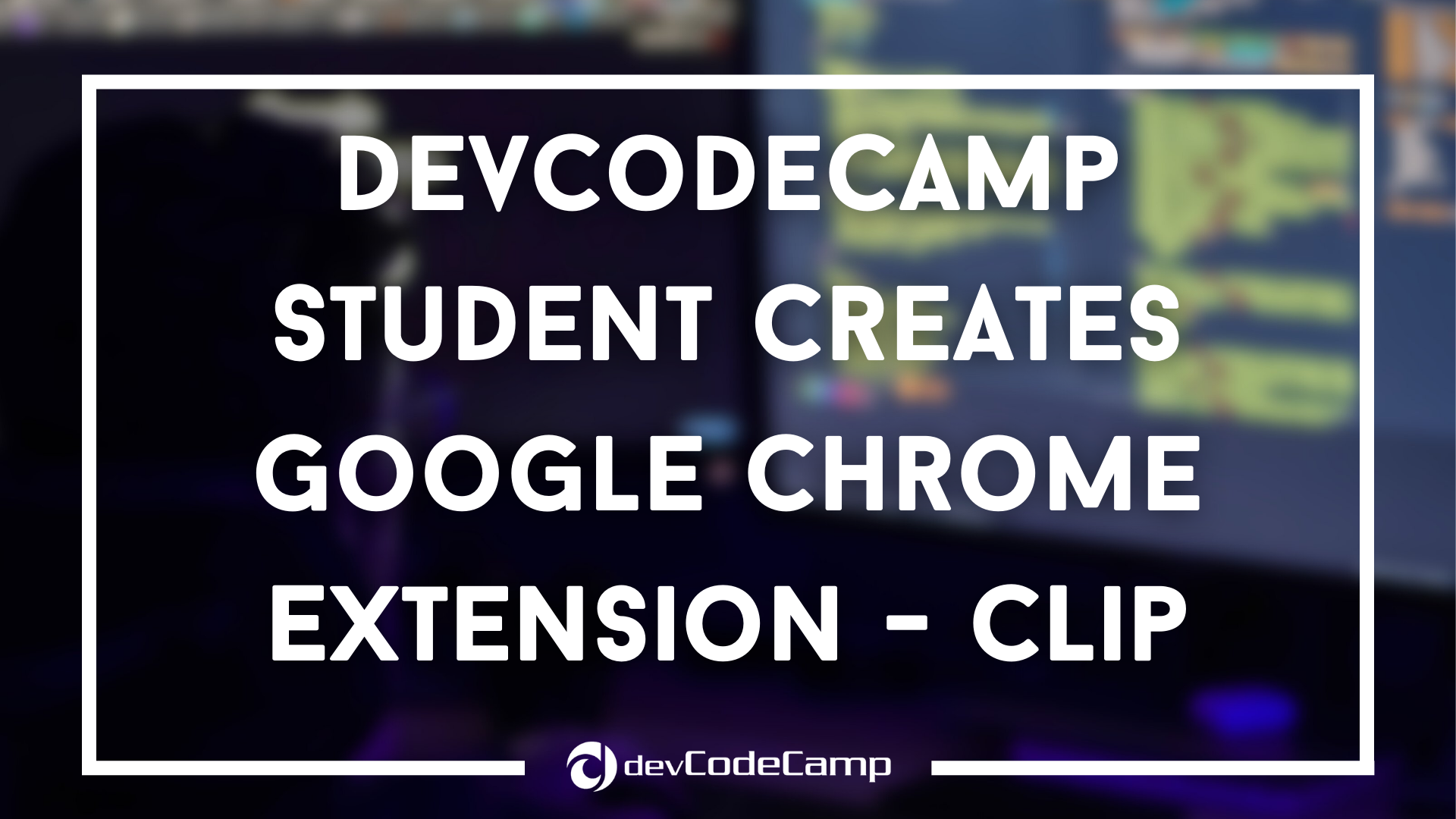 After an intense 12 weeks in the fully immersive program, students are encouraged to let their imagination run wild and come up with an achievable idea for their capstone student project.
Ray Cisneros, a recent graduate of devCodeCamp, produced a web application that impressed us at devCodeCamp.

The final project, which students have two weeks (100 in-class hours) to complete, is a culmination of skills students obtained during their time at devCodeCamp. More importantly, it allows students who come to devCodeCamp with an innovative idea to bring it to life. Whether it is an application a student wants to build as a way to ease their personal life or a project that a business can be built around, what starts out as merely a thought can become a reality.

For Ray, producing a website that allows a user to create a collection of links to share with others via the site directly or a Google Chrome extension did not come easy. Ray faced plenty of setbacks in the program that would have discouraged others from moving forward, but Ray is not your typical software developer. He stared adversity in the eye and overcame multiple obstacles that stood in his way.

“It feels good to see an actual culmination of all my work become something,” Ray said. “That I actually created something in the end that is proof of all my hard work. When you have setbacks and when you continue to fall down, it is easy to give in to that. I feel very proud that I never gave in and powered through the struggles, which resulted in a great application.”

As part of becoming a software developer, the ability to efficiently research is a must. Ray came up with his idea to create a Google Chrome extension after he realized there had to be an easier way to collect resources while studying code.

When a user is visiting a website that he feels is valuable to bookmark for later use, he can click on the Google Chrome extension, which will automatically grab the webpage URL and an image of the page. Once a user has the snippet (what Ray calls the bookmarked URL and image), he can add it to a collection to better organize which snippets belong where. For instance, a user may have collection of C# articles for better researching coding topics while he may also have a collection of snippets regarding articles for Xbox One games. The idea is the application can be used for professional or personal use.

An additional useful feature is a user can add a detail about the snippet to have a better understanding of what the article is instead of having to read the article each time. Also, a user has the ease to navigate back to the web application after visiting a web page by simply clicking the back button on the web browser. As one can imagine, the simple navigation allows for a lot of work to be accomplished in a little amount of time.

One of the more exciting features is the ability to share a published collection that any other user can subscribe to. The front page of Ray’s web application organizes a user’s collections based on the most votes a collection has received. Essentially, other users are able to vote on a person’s collection if they find it useful. The social aspect of the application will lead to the sharing of snippet collections, which has the potential to spark user communities based on personal interests.

Ray used JavaScript to create the Google Chrome extension, ASP.NET for the web application, MSSQL for the database, plenty of C#, which is the primary language taught at devCodeCamp, and other technologies to complete his project.

Ray experienced his share of ups and downs during the two-week process. With that said, one of the more impressive parts about the building of his product was how he developed a plan during the initial phase of his project and hit every major milestone on his way to completing the application.

Naturally, Ray is very proud of his application. What he is most proud of is overcoming everything that was thrown his way, not just obtaining the knowledge to become a professional software developer but to do so when it initially did not come natural to him. It certainly gives others who struggle in the beginning reason to believe that hard work will pay off in the end.

What is keeping you from your next step to a solid career in coding?

One of the main skills that we teach you at devCodeCamp is collaboration....

The best way to learn is by doing, which is why our project-based learning is...

Why Hire Coding Bootcamp Graduates in 2021

There are many reasons why companies should hire coding bootcamp graduates. The hiring...