devCodeCamp Alumni Spotlight: From Job Burnout to a Career in Code 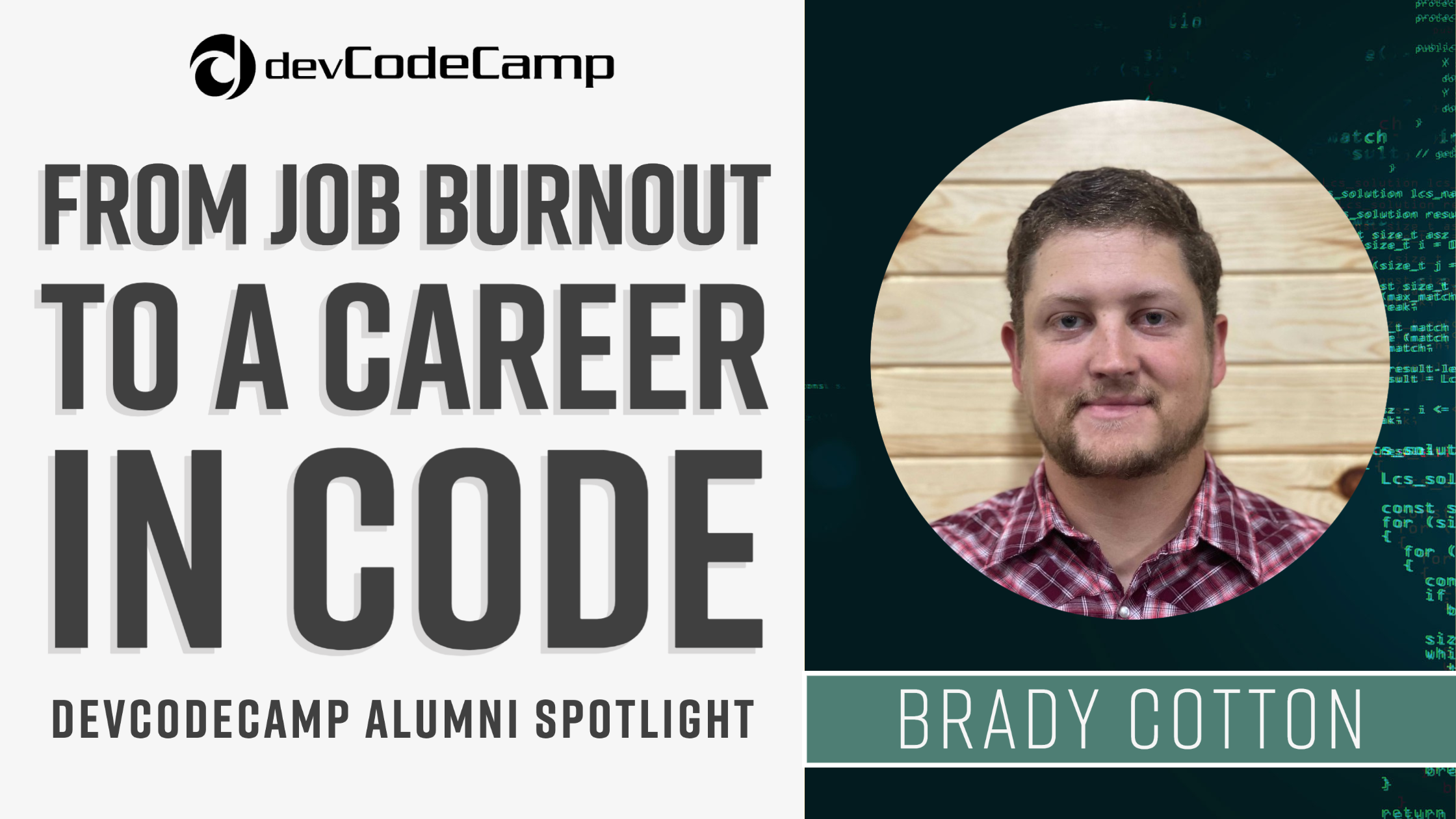 When devCodeCamp alumni member Brady Cotton walked into a garage to purchase a pool table, he had no idea his life was about to change. After a handful of job roles, he needed something fresh in his life that would keep him engaged during his workday and break up the monotony he felt much too often. He found that answer after speaking to a Software Engineer he met through a purchase of a pool table. Brady explained that the man had a four-year college degree and made the suggestion of looking into coding bootcamps because how quickly the turnaround time was in the courses. After the short conversation, Brady went home and did his research. “I got to researching bootcamps...devCodeCamp was definitely at the top of that list. It was actually the first one I looked at...I looked at several of the others. But none of them stacked up in any of the reads or anything I looked at. I definitely completely agree with what I researched.”

Looking at Brady today, it’s clear that he made the right move for his future and career. He is now a full-time Software Engineer after successfully completing devCodeCamp’s online coding bootcamp program. A decision he decided to move forward with simply by speaking to an already Software Engineer. The idea was randomly suggested to him and now he can say his hard work has paid off.

Hear how Brady goes over the moments in the course that stood out to him the most, what life as a coding bootcamp graduate working full-time as a developer looks like, the details surrounding his final 10-day sprint Capstone project, and much more in this newest additional to our alumni spotlight video series!

If you ever heard of the term full-stack developer but wasn’t quite sure what full-stack...
END_OF_DOCUMENT_TOKEN_TO_BE_REPLACED
ManoByte

If you’ve stumbled on coding...