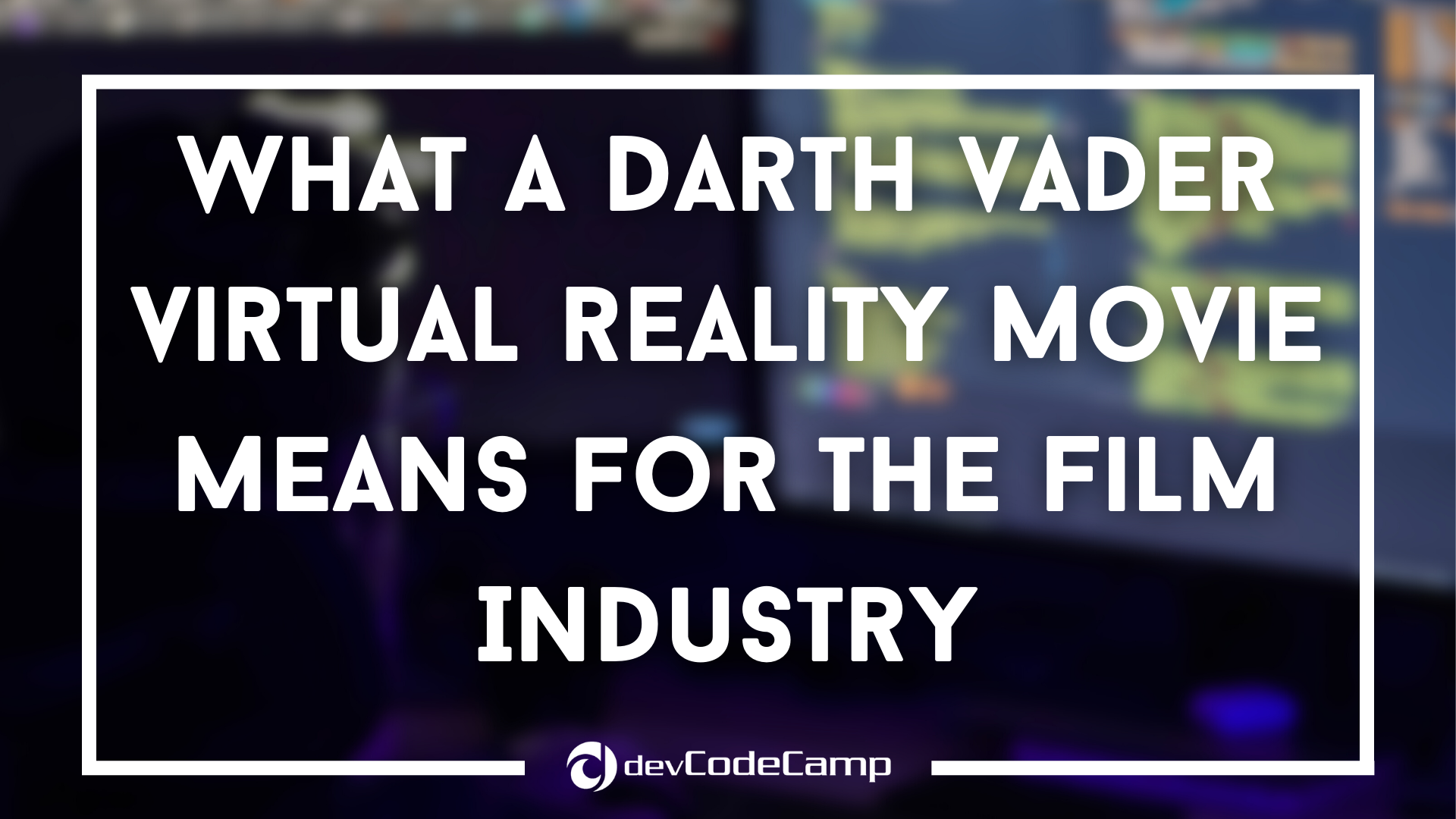 Those of us who have been captivated by the movie-going experience since we were kids have always imagined what it would be like to become a part of the film. What would it be like to actually be in The Matrix, sail the seas in Pirates of the Caribbean, or fight bad guys in The Dark Knight Trilogy? If Lucasfilm has its way, the possibility will become a reality in the near future.

Industrial Light & Magic, Lucasfilm’s VFX and animation studio, is teaming up with screenwriter, producer, and director David S. Goyer to create the ultimate movie experience. Using virtual reality, viewers will be present in the story. In fact, the team wants to make it so viewers have a say in the narrative.

As if it couldn’t get any better, the virtual reality experience will debut in a Star Wars film with Darth Vader as the lead character.

It is one thing to be up close to Darth Vader during a film. On the other hand, it is another to be able to make decisions about what happens next in the narrative. It is very similar to Star Wars: The Old Republic. For those unfamiliar with the computer game, players choose the narrative based on answered questions. Becoming good or bad can happen by stringing specific answers together. Once again, this is a computer game. Industrial Light & Magic’s xLab and Goyer are trying to implement that idea in film.

Virtual reality is one of the more intriguing technologies available. There seem to be so many creative ideas floating around. However, implementing these ideas is a different story. It will be interesting to see if xLab and Goyer actually follow through with the idea and are satisfied with the end result.

If the team is successful in bringing virtual reality to the big screen in a unique way, the film industry will change forever. In fact, it wouldn’t be surprising to see it have the same impact 3D movies had on the industry. Although, most people will agree that a film without 3D stamped on it is the better experience.

To give movie goers the ability to touch objects and have a say in what happens in the narrative is a game changer. Hopefully, xLab and Goyer will be able to pull it off so we can all enjoy it.

How Developers Use Virtual Reality to Code