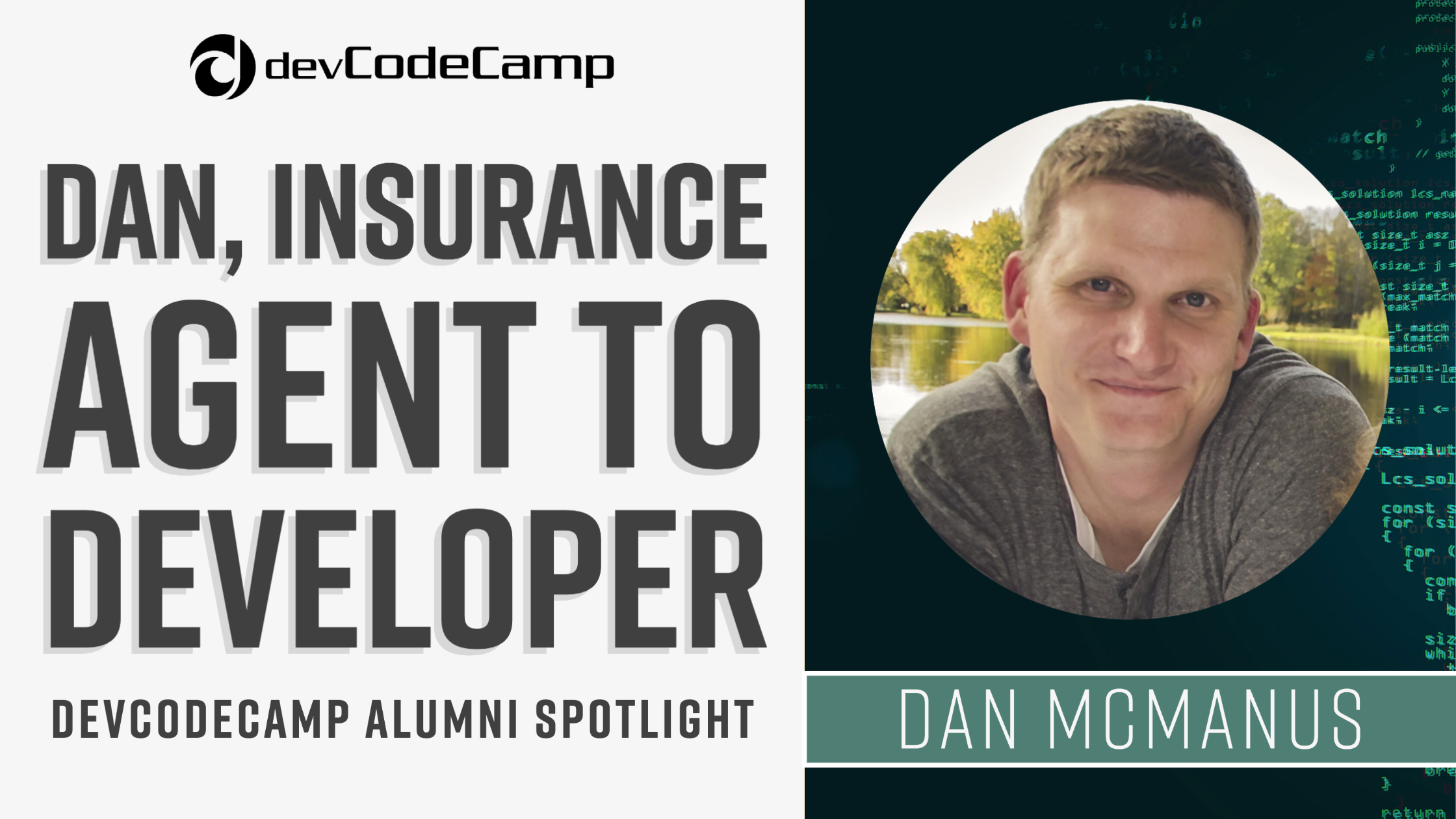 Dan looked back at me in the video call and confidentially said, “I was a life insurance agent...I hated it.” This was our first one-on-one conversation that instantly began with laughs and natural conversation, but that sentence said early on resonated with me. I believe it’s a feeling many of us have felt once or twice (or more) in our lives. His honesty was refreshing as he spoke with me and reflected on what life looked like for him every day before passing a devCodeCamp sign on the highway that simply read, “learn to code.” The rest for Dan is history.

Dan McManus joined one of our coding bootcamp courses in early 2016. After attempting to use “drag-and-drop" hosting sites to create an online presence for the insurance company he worked for at the time, he quickly developed an interest for website building. Passing one of our billboards one day sparked enough curiosity to inquire about it. After touring the building and having a much better understanding of what we offered, he decided to leave his full-time job and enroll. Since then, we have become 100% online offering virtual courses.

Even though he was full of anticipation, he would quickly be met with some challenges. “I struggled. I struggled a lot...It took a while, it really did...It was humbling and a lot of hard work,” he said when speaking about starting the program. Doubt set in for him as he looked around his class and watched others slowly pass him in the skillset. Luckily, Dan got to experience one of the biggest coding bootcamp benefits and sought out guidance in his instructor directly. “Some of that light started to shine through. I don’t think I would have made it through without Mike,” he said.

Today, Dan works as a Data Scientist II and is another one of our coding bootcamp success stories. “Trust the process...they know what they are doing.”

Watch the full interview below.

The Benefits of Listening to Music While Coding

Music has always played an...