How to Get a Job at Facebook, Amazon, Google and Top Tech in 3 Steps 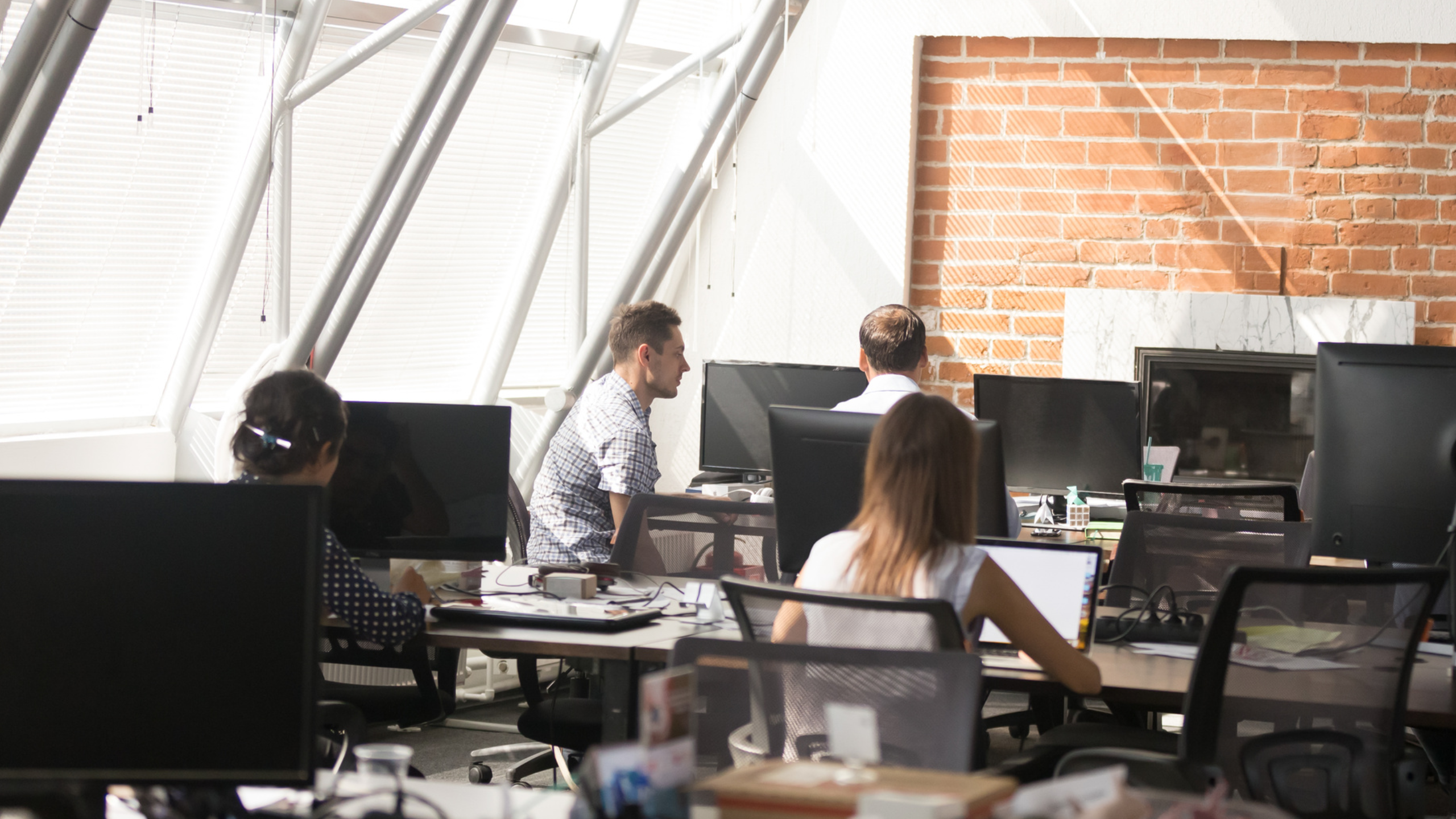 In the modern age of internet companies, there’s a few that have risen to the top and have become household names. They provide services that upwards of billions of people use every single day. They connect us with our friends far away, help our lives become more convenient, allows our shopping to be done in a few clicks, and tons more. As someone searching to switch up careers or dive into a developer role, the big technology companies of today are sure to cross their minds at least once. Their names are universally known to have very high pay, constant job openings, fun culture, and plenty more extra benefits attached to them. But with such monumental companies, the price to get your foot in the door may not be a simple task. The amount of potential hopeful talent applying for the same position is realistically staggering.  It’s easy to be intimidated by the application and interview process. We have created this in-depth guide so you can hopefully walk away answering some questions you may have lingering on how to exactly find your way working at a major tech company.

Facebook has been one of the leaders in top tech companies for over 15 years. Having one of the most visited websites of all time has also led to the cultural relevance of the company. Going as far as having a movie being made by Oscar Nominated director David Fincher with 2010’s “The Social Network.” The name is widely recognized around the world and is still actively growing their brand into new fields such as virtual reality, smart cameras, and acquiring companies such as Instagram and WhatsApp all under the newly formed Meta umbrella.

The company as a whole delivers the typical culture that you would imagine from a tech giant with a unique office space headquartered in Silicon Valley. Employees are offered perks such as employee discounts, stacked company parties and events, and world class health care packages. The insurance benefits include impressive additional benefits outside of the “normal” options offered. Mental Health coverage and the Cancer Care Program are just two highlights the typical Facebook employee can take advantage of in their included top of the line wellness benefits.

Facebook has a notoriously challenging process to pass through in order to become an official employee. Outside of the obvious first steps of making your resume sparkling and applying for the desired position, be prepared for the challenges that follow after the potential callback. Facebook is known for having many stages in the interview process. Be ready to pass through multiple levels of phone interviews before the next set of face-to-face interviews you will be invited to. The interviews can consist of basic personal questions that you can expect from any interview you may have had in the past, leading all the way up to having very intense meetings filled with questions asking you to solve technical problems in real-time. It’s unpredictable how many rounds of interviews you may have to pass and which type they decide to put you through on the calls.

Facebook, along with their parent company Meta, seem to be continuing their path forward correctly to keep their heavy presence in the tech world. With new and exciting ideas being discussed, such as their heavy involvement in the Metaverse, it’s clear they have a clear understanding of what the next chapters in their business model will look like. Joining Facebook at a time like this could very easily offer you huge opportunities in the near future as new technology are being developed and advanced to play a part in that larger roadmap Meta may have.

How to Land a Job at Amazon

What started as humble beginnings in a garage led to this online bookseller being transformed into one of the largest companies in the world. The company has become the benchmark for the eCommerce model and controls the market as the internet’s go-to service for online purchases. With Amazon expanding outside of eCommerce, the organization began to rise to the top of the technology industry. Now, you may see the modern-day iconic logo on the Prime streaming service, the Kindle tablet and virtual book library, production studios, in-home smart devices, and even massive companies such as Twitch.TV and Whole Foods Grocer finding a place under the Amazon company umbrella.

This topic can vary depending on which branch of Amazon you attempt to become an employer of. It’s hard to say one answer since Amazon is involved in so many different industries, locations, and sizes. What is clear across the board is the above average salaries that you can usually find in many roles starting out in positions. In 2018, Amazon famously brought the company’s minimal wage to $15 an hour regardless of where you lived and the local minimal wage rates. According to CNBC at the time, this adjustment positively affected more than 250,000 hourly Amazon workers. Obviously on the corporate side of the business, that pay is often higher and impressively challenges national averages for many roles throughout.

How to Get Hired at Amazon

Amazon’s size across the main functions and their smaller branches offers a wide range of employment options spanning over hundreds of teams. This is an obvious benefit due to having multiple options and nonstop job listings commonly being posted daily on the official Amazon job portal.

Even if the available employment options offer multiple opportunities for you to apply for, landing a job with Amazon still offers plenty of challenges during the interview process. Much like Facebook, in most cases, you can expect multiple rounds of interviews varying on topics. The starting step is a test to see if you qualify for the role you applied for outside of your resume experience. If you pass the test, then it’s on to the next round with a hiring manager through a phone interview. If you are still in the potential candidates this far in, then a face-to-face interview is usually the last step. Amazon bases the final interview on a rating system. Where you will be asked to expand on questions in multiple categories surrounding Amazon’s 14 leadership principles. These questions may range from how you maintain high standards, customer obsession, and where you fall on a team. If you successfully check off the qualifications for the 14 leadership principals, then you should be done with your round of interviews and a decision for your employment will be made.

The 3 Best Steps to Be Hired at Amazon:

The future of Amazon is extremely bright. With more money being put into distribution, big budget Prime Streaming productions, improvements in technology endeavors such as Echo and Alexa device lines, and profits overall continuously hitting new highs year after year – Amazon is clearly going to remain at the top of not only the eCommerce landscape but the tech industry as a whole.

How to Land a Job at Google

Google has become one of the most visited and well-known websites of all time. According to Hubspot, there are an estimated 2 trillion searches made using the search engine yearly. It has completely transformed the way we use the internet since its starting days in 1998. Since then, Google has expanded their operations into the highly successful Google Chrome application, Google Ads, Google Maps, plus purchasing companies such as Android and YouTube to add to their already impressive lineup.

The Google culture has set a modern-day standard of what it looks like to be a part of a massive tech company. With a large headquarter campus full of beautiful architecture designs and fun work spaces, going to work every day appears to be far from a chore. But don’t worry...If you are a remote worker, Google hasn’t left out any of the perks for you. They offer very fair healthcare benefits with low rates and full coverage with health, vision, and dental all included. The work-life balance plans they have set in place are extremely giving, as well. Allowing employees the opportunity to receive yearly tuition support and up to 20% of their time to pursue personal interests. These are simply just some highlights of the large list of perks Google employees have. The list includes dozens of other things such as stock compensation packages, career development, charity donation matching, and a generous parental leave policy.

How to Get Hired at Google

As mentioned previously in this article, large tech companies’ hiring process usually appear to be overall mysterious to keep the process random. Google, on the other hand, provides a detailed walkthrough on their Careers website to better prepare you for what’s to come. According to the guide, they begin with an online assessment to gauge your skill level. Then you will move to short virtual chats with a recruiter. You may then be asked to complete some project work to get a glimpse into your talents before moving to the final stage of in-depth interviews. The process does appear to offer its challenges as someone may expect it to. But it appears the overall culture and work attitude displayed in the large workforce makes the process as easy as they possibly can.

The 3 Best Steps to Be Hired at Google:

Google appears to be keeping the momentum they are known for by keeping a focus on their current technology plus looking into the future. Google is currently working on projects that include artificial intelligence, space exploration, health tech, and playing a part in the future of the world with projects such as their Google X division.

In this article, we’ve touched on how to land jobs at three main companies: Facebook, Amazon, and Google. But there’s obviously hundreds of similar options that may be available to you. Especially since recent big company shifts have allowed more remote workers to be considered for a larger number of roles in top companies. Whether you are going after a position at Facebook, Amazon, Google, Netflix, Apple, Microsoft, Twitter, or your local website building consultant...the main thing to know is it’s absolutely not impossible.

The 3 Best Steps to be Hired at a Tech Company:

At devCodeCamp, our online coding bootcamp courses are designed to give you hirable skillsets to launch your career in code or give you the extra knowledge it takes to be a developer at the level to be recognized by a large company in the hiring process. We have graduates working in top tech companies right now such as Amazon, Facebook, HubSpot, and many more. All in as short as a 12-week timeframe. We are here for your success. Reach out if you are ready to get the skills required to land a job in the tech world sooner than you may have imagined.

How devCodeCamp’s Coding Bootcamp is Built for Your Success

In the last decade, coding...

Artificial Intelligence vs Humans in Code

Web3, Cryptocurrency, and NFTs: The Future of Us Online ft. Kelly Ann Collins