devCodeCamp Donates Time To Teach The Next Generation of Coders 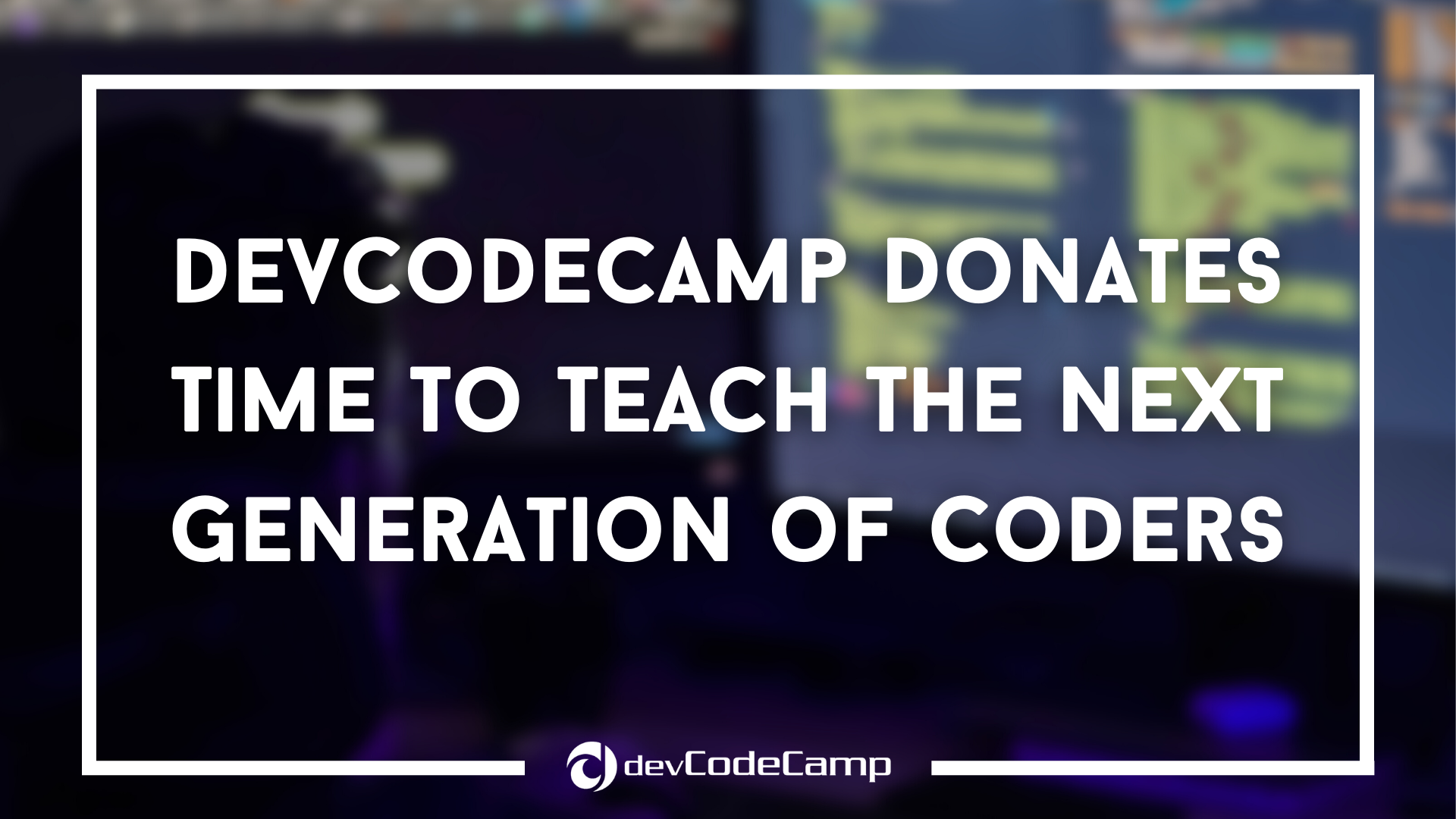 devCodeCamp had some special visitors in the classroom on Thursday, October 1st 2015. The next generation of coders, students from Garden Homes Lutheran School came into the classroom and were taught the basics of coding, and even got their hands dirty publishing their results on the internet. Michael Terrill, a Lead Instructor of devCodeCamp, was given the opportunity to teach a younger version of the next generation of Software Developers

"I was thrilled to learn I would get the opportunity to teach the eighth grade students of Garden Homes Lutheran School for the day.

Since the students were familiar with Twitter, we thought it best to help them create a TwitterBot using Python. The application allowed the students to post their creative thoughts to the same Twitter account simultaneously. However, we were not just going to use an ordinary tweet to get the job done. Naturally, this surprised the eager students. Instead, we wanted to inform them that it is also possible to post to Twitter using code.

The other devCodeCamp instructors and I walked the students through the necessary steps to accomplish the task at hand. This involved downloading files from GitHub, creating a folder to hold such files, editing Python files, using Terminal to talk to the computer and run the program.

The look on each student’s face when they saw their tweet appear on the large smart TV was priceless. More importantly, the students quickly realized the accomplishment of seeing their tweet live on the Internet occurred through the use of code, which was an important aspect to take away from the experience.

For me, the most rewarding part came at the conclusion of the workshop. When I asked the students what they had learned during their brief time at devCodeCamp, each one nearly leapt out of their seat with their arms raised as high as they could for a chance to be called on to speak. Hearing each student passionately describe the knowledge they gained was amazing. I only wish I could have been there when they talked about the experience with their friends and family later that day.

It is safe to say the community outreach was a success, thanks to the combined effort of Garden Homes Lutheran School Principal, David Dodge, and devCodeCamp. The hope is to continue enlightening students in Milwaukee about the awesome possibilities and opportunities that software development can provide. For me, I am simply thankful to be a part of the special experience."

We would like to thank the students of Garden Homes Lutheran School, and their Principal, David Dodge, for coming out and spending some time with us!

The students were quickly picking up Python, what is keeping you from your next step to a solid career in coding?

Being the CEO of a technology company carries enough weight to break most people. Timely...

Aaron graduated almost a year ago and has been on the job as a Software Engineer at...
END_OF_DOCUMENT_TOKEN_TO_BE_REPLACED